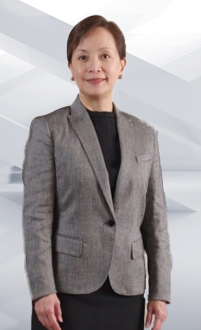 She worked at the Credit Lyonnais of Manila Offshore Banking Unit from August to November 1995. She joined the following companies: Citytrust Banking Corporation from June 1990 to June 1995; Union Bank of the Philippines from October 1986 to June 1990; Philippine Commercial International Bank from January to July 1996; and Insular Bank Of Asia And America from September 1984 to December 1985.