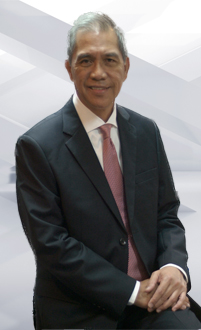 Mr. Masajo is currently a member of the Board of Directors of Philippine Veterans Bank. He has over 48 years of professional experience.

Mr. Magsajo finished his BSC Economics degree from the Lyceum of the Philippines. He also completed the Advance Bank Management at Wharton Business School, University of Pennsylvania.